This is the page where we go in depth to show the foundation’s intention, team members and objectives.

As earth and sky themselves...

along with all other powerful elements
sustain an infinity of beings
so may we too be a support for life.
-Shantideva 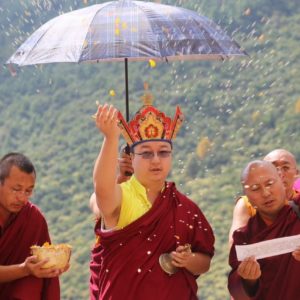 We believe that conscious engagement in projects that positively impact groups, the environment, and society at large can transform our world.  We seek to embody Dudjom International Foundation’s values of altruism, care, and intelligent discernment to identify unique opportunities to lessen others’ difficulties and contribute to their happiness and well-being.  These may involve providing for unmet material needs as well as opportunities for spiritual development through the teachings of the Buddha.

We are a group of volunteers united in our belief that kindness requires action. We strive to live according to the wisdom of Buddha, and we have come together under the leadership of Dudjom Rinpoche III to support his vision of making compassion an active practice. We are global. Dudjom International Foundation exists in Nepal, Europe and the United States.

Dudjom International Foundation launched in Nepal in the spring of 2019 with a consecration ceremony on land at Yangleshö, in the village of Pharping. This is the site where Dudjom Rinpoche III is building a large-scale replication of Guru Rinpoche’s abode Zangdok Palri, The Glorious Copper-Colored Mountain. The project, estimated to take several years, will create in intricate detail this pure abode of Padmasambhava, the Indian master known for his role in establishing Secret Mantra Vajrayana in Tibet. The Foundation will be focusing effort and energy on this major work in the coming years and welcomes all support. 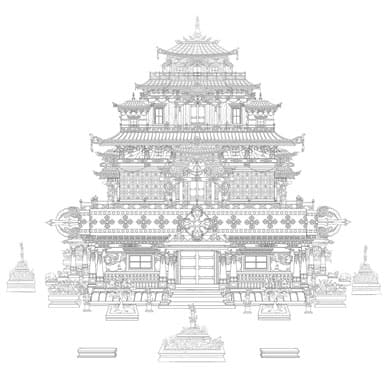 The Foundation also supports other projects that accord with its mission, such as life release, throughout the year in different parts of the world.

We are entirely supported by individual donors and contributions from other foundations.

No amount is considered too small. We rejoice in our ability to create merit collectively and welcome any and all contributions.

You can find out more about which cookies we are using or switch them off in settings.

This website uses cookies so that we can provide you with the best user experience possible. Cookie information is stored in your browser and performs functions such as recognising you when you return to our website and helping our team to understand which sections of the website you find most interesting and useful.

Strictly Necessary Cookie should be enabled at all times so that we can save your preferences for cookie settings.

If you disable this cookie, we will not be able to save your preferences. This means that every time you visit this website you will need to enable or disable cookies again.

This website uses Google Analytics to collect anonymous information such as the number of visitors to the site, and the most popular pages.

Please enable Strictly Necessary Cookies first so that we can save your preferences!