The sublime teachings of the Dharma must be engaged first through study and contemplation, and then internalized in the mind by practice. Afterward we can  practically apply them in the activities of upholding, preserving and propagating them. We must understand that the teachings of Dharma are not to be approached like worldly transfers of accounts.  They are not to be performed as a spectacle or broadly advertised as goods to be bought and sold. 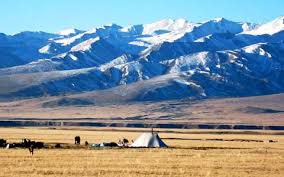 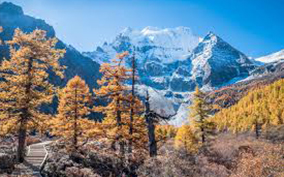 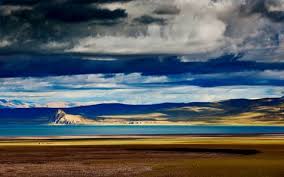 Dudjom Rinpoche III is the reincarnation of an enlightened master.  He took birth in the world with the singular intention of alleviating the suffering of these times. He was born in the rugged and vast highlands of north-eastern Tibet in 1990, just as China entered a new era of economic growth. It is said that miraculous signs such as rainbows accompanied his birth, which fell on a day when female wisdom guides called dakinis are revered according to the Tibetan Buddhist tradition.

He was born into the Dudjom family.  His father, Dola Chokyi Nyima, was a tulku in the Sakya School who was described as “honest, pure, clean, angry, and noble” by his older brother Thinley Norbu.  Dola Tulku and Thinley Norbu were sons of Dudjom Rinpoche Jigdral Yeshe Dorje (1904-1987). His mother is Pema Khandro, a practitioner of great qualities reflected in her uncontrived demeanor.  Many important Dudjom lineage holders including Dudjom Rinpoche III’s root master, the carefree yogi Chatral Sangye Dorje (1913-2015) recognized him to be a reincarnation of his grandfather. Chatral himself said, “This is an unmistaken reincarnation of Dudjom.  The undeceiving vajra prophecies of many great masters in India and Tibet are all in accord, and I myself am also deeply convinced.” 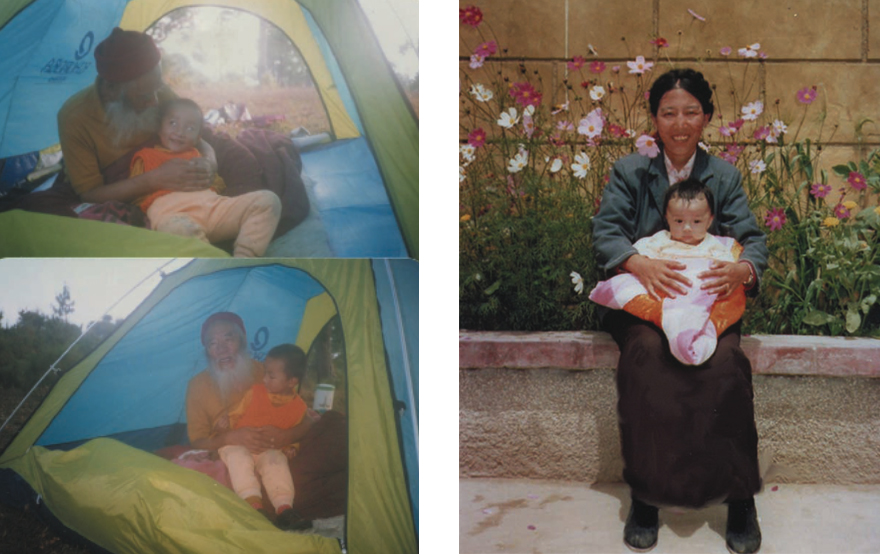 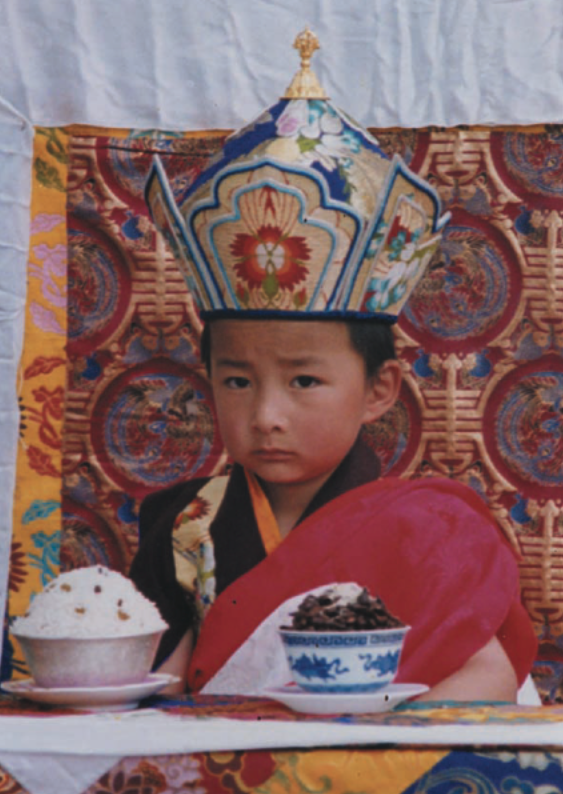 From a young age, Dudjom Rinpoche III’s noble demeanor impressed all who met him.  When he ventured from his usual serious composure into play, his games reflected ritual empowerment gestures.  His unwavering attention while sitting upon his throne for hours at a time as a child evidenced the deep wisdom realization he embodies.

Dudjom Rinpoche III is the supreme head of the Dudjom lineage.  This is a transmission of wisdom that originates with Dudjom Lingpa (1835-1904). Dudjom Lingpa was a charismatic Tibetan Buddhist master renowned for bringing forth fierce and potent methods to overcome the belief that the self truly exists and the suffering this entails.  In Tibetan language, “Dud” means demon and “‘jom” means to defeat.  According to the Buddhist tradition, the most dangerous demon is the belief in the true existence of the self and of phenomenal existence.  The Dudjom lineage is unsurpassed in the power of its extraordinary practices to sever this belief and lay bare the immaculacy of self-awareness. To be in the presence of Dudjom Rinpoche III is to encounter the spacious freedom of that realization. 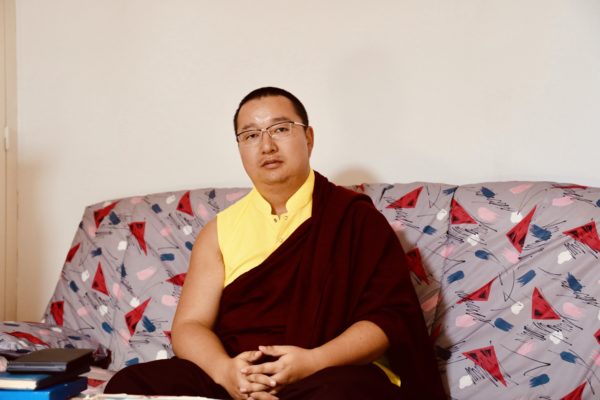 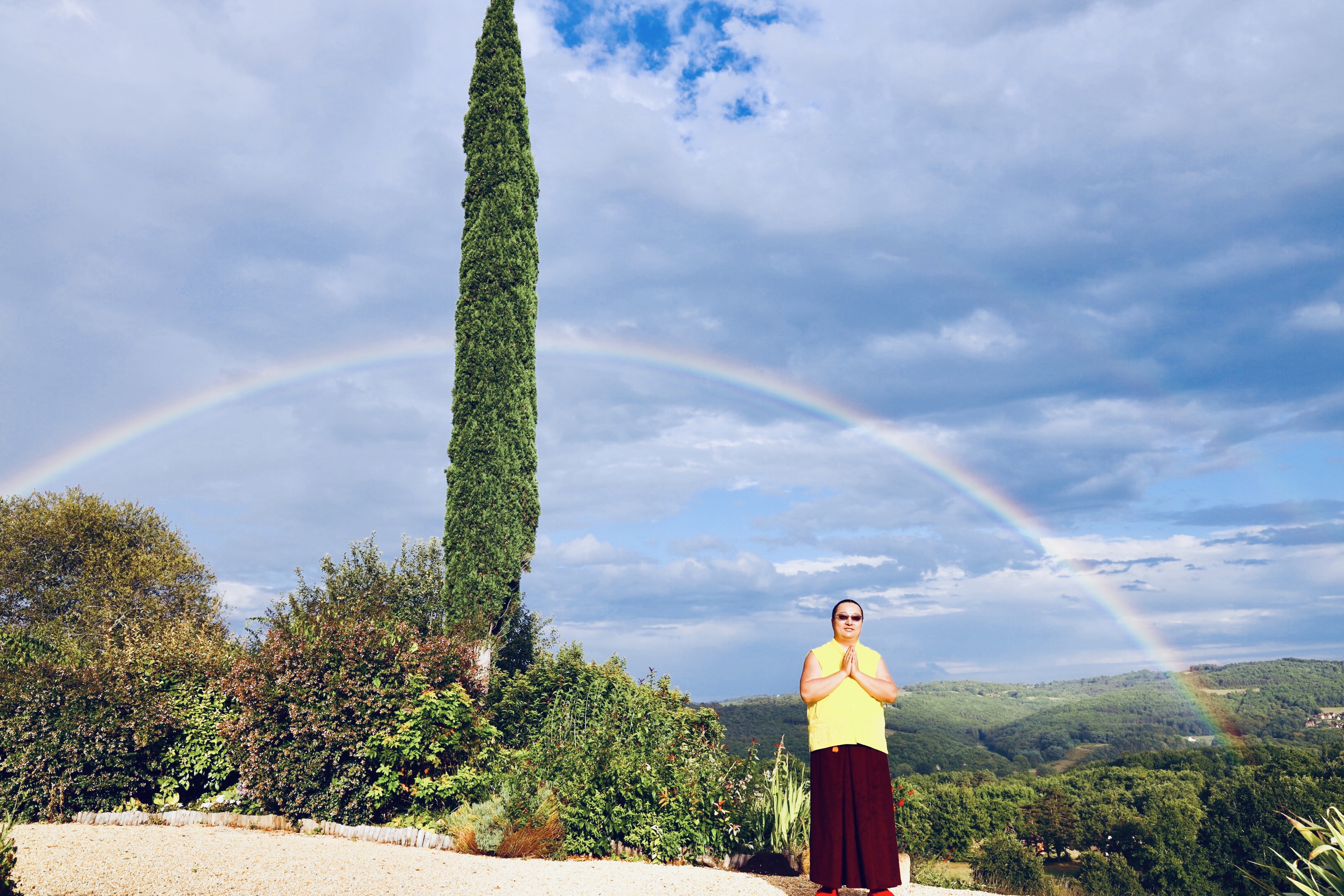 Dudjom Rinpoche III first traveled to the west in 2018 and visited the United States of America and Canada.  In 2019 he made his first trip to Spain, Switzerland, France, and Russia and took leadership of a Dudjom center in Valencia, Spain.  Up until 2018, Dudjom Rinpoche III had passed his time devoutly focused on practicing and training in Tibet and Nepal. All of this happened under the close supervision of Chatral Sangye Dorje who personally taught him to read and write.  It was Chatral who instructed Dudjom Yangsi to undertake a traditional three-year retreat at the famous hermitage of Gangri Tokar in Tibet, which he began in 2008 and completed in 2011. Dudjom Rinpoche III has visited many of the most important Buddhist pilgrimage sites in Tibet, China, Nepal, Spiti and Bhutan.  His principal seats are in Nepal and Tibet.

You can find out more about which cookies we are using or switch them off in settings.

This website uses cookies so that we can provide you with the best user experience possible. Cookie information is stored in your browser and performs functions such as recognising you when you return to our website and helping our team to understand which sections of the website you find most interesting and useful.

Strictly Necessary Cookie should be enabled at all times so that we can save your preferences for cookie settings.

If you disable this cookie, we will not be able to save your preferences. This means that every time you visit this website you will need to enable or disable cookies again.

This website uses Google Analytics to collect anonymous information such as the number of visitors to the site, and the most popular pages.

Please enable Strictly Necessary Cookies first so that we can save your preferences!